Importance of YOGA in Covid-19

Practiced in India since the 5th century, Yoga has been beneficial in keeping the body and mind in sound health. A holistic approach, Yoga targets all the different systems of the body and mind. The asanas make the body strong and flexible, as health improves; the mind too is renewed with confidence. The practice of Pranayama regulates the purification of the internal system and the organs, acting as a superior and able supplement to asanas. The energy that is generated in the body through these physical practices is then channeled into meditation or Dhyan for stability, peace and calm. Yoga plays a significant role during the world crisis of Covid-19 as yoga boosts our immunity and is known to cure respiratory disorders. Pranayama or breathing exercises increase our oxygen intake by up to five times. Through this rich oxygenation of blood to the brain, heart, lungs, and digestive systems; our organs functioning is vastly improved thus also improving our overall health. As a healing and other alternative form of therapy, yoga helps to relieve stress and keeps the mind calm. International Yoga Day2020 | 'Yoga at Home and Yoga with Family' World Yoga Day is celebrated internationally with a unique theme every year. This year's International Yoga Day will be celebrated on digital media platforms owing to the Covid-19 pandemic. The government has restricted any mass gatherings or public celebrations for International Yoga Day 2020. This year's theme will be 'Yoga at Home and Yoga with Family'. This is the perfect opportunity for home-makers who are otherwise swamped with household chores to join and become part of the healthy journey of Yoga. World Yoga Day and its previous themes: IYD Year 2015 - Yoga for Harmony and Peace The theme for the first edition of World Yoga Day was Harmony and Peace. To commemorate the first ever International Day of Yoga on June 21, 2015, nearly 35,985 people, including Prime Minister Modi and dignitaries from 84 nations, performed 21 asanas (yoga postures) for 35 minutes in New Delhi. It was organised by the Ministry of AYUSH (Ayurveda, Yoga and Naturopathy, Unani, Siddha, and Homoeopathy). More than 70 organisations joined together in the United States celebrating it in more than 100 cities. Around the world, more than 190 countries celebrated the occasion. IYD Year 2016 - Connect the Youth The second edition saw around 30,000 people across India celebrating Yoga Day, was prominently celebrated at in India. Ministry of AYUSH organised a successful event in Chandigarh, for the second time in a row. Around 150 differently-abled people were also a part of the session. Additionally, a two day conference was organised in Delhi on Yoga for Body and Beyond. In other parts of the world, the celebrations were carried out with various yoga related events. IYD Year 2017 - Yoga for Health In India, the Ministry of AYUSH organised the main event at Lucknow which witnessed a participation of over 50,000 people, which included 80 foreign delegates. Additionally, a conference on Yoga for Wellness was organized in Delhi. Across the globe, the Times Square in New York witnessed thousands of yoga enthusiasts. Japan supported the yoga movement by initiating a yoga league. China, Dublin and Athens were among some of the many other who celebrated the event. IYD Year 2018 - Yoga for Peace For the fourth International Yoga Day, the theme encouraged the concepts of world peace, unity in diversity, diversity inclusion and cultural acceptance. In India, a Guinness World Record was created in Rajasthan where a yoga session saw a participation of more than a lakh people. Internationally, the celebration in Istanbul was outstanding among other nations. IYD Year 2019 -Yoga for Heart Last year, the theme was Yoga for Heart. India conducted the main event at Ranchi. Globally, Washington had more than 3000 yoga enthusiasts as a part of the celebrations. There were around 50,000 people worldwide who marked this day in their own unique way. This year, the theme of International Yoga Day is Yoga at Home and Yoga with Family. Celebrating International Yoga Day at the workplace: In the past, many companies such as Microsoft and Accenture among others celebrated the occasion of International Yoga Day. There are many benefits to bringing yoga to the workplace through corporate programs. Yoga at the workplace keeps the workforce healthy and happy, eliminates stress and anxiety, and promotes a sense of clarity and calmness. Yoga is known to increase focus and performance quality, thereby increasing the productivity. Along with good physical health, practicing yoga also improves stamina and maintains flexibility. Most importantly, it builds employee morale and keeps the workplace environment vibrant.

This is the key to good health 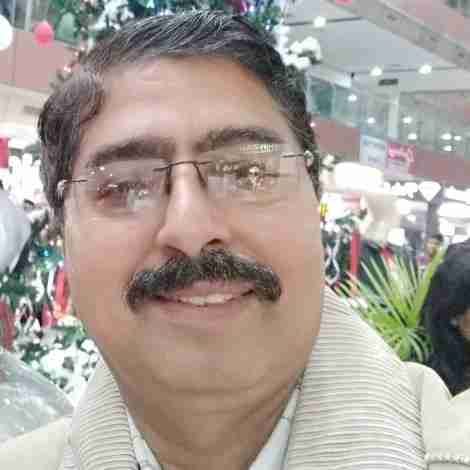