26 years old Male with history of neonatal jaundice after birth with bilirubin more than 30 mg at that time and Exchange transfusion was,done . Subsequently his infancy remained uneventful. But I early childhood he developed Grand - mal epilepsy for which he was given AED'S for 5 years .But after stopping the medicines he again had seizures and AED'S were again started. Since last few years he was on oxcarbazepine 300 mg B.D and clobazam 10 mg .He developed status epilepticus 2 weeks back and was managed in emergency set up and on discharge was put on tab Eptoin 300 mg in addition to oxcarbazepine and clobazam His MRI scan was remarkably- consistent with post - ictal state . Further Plan of management welcomed although patient is convalesing normally 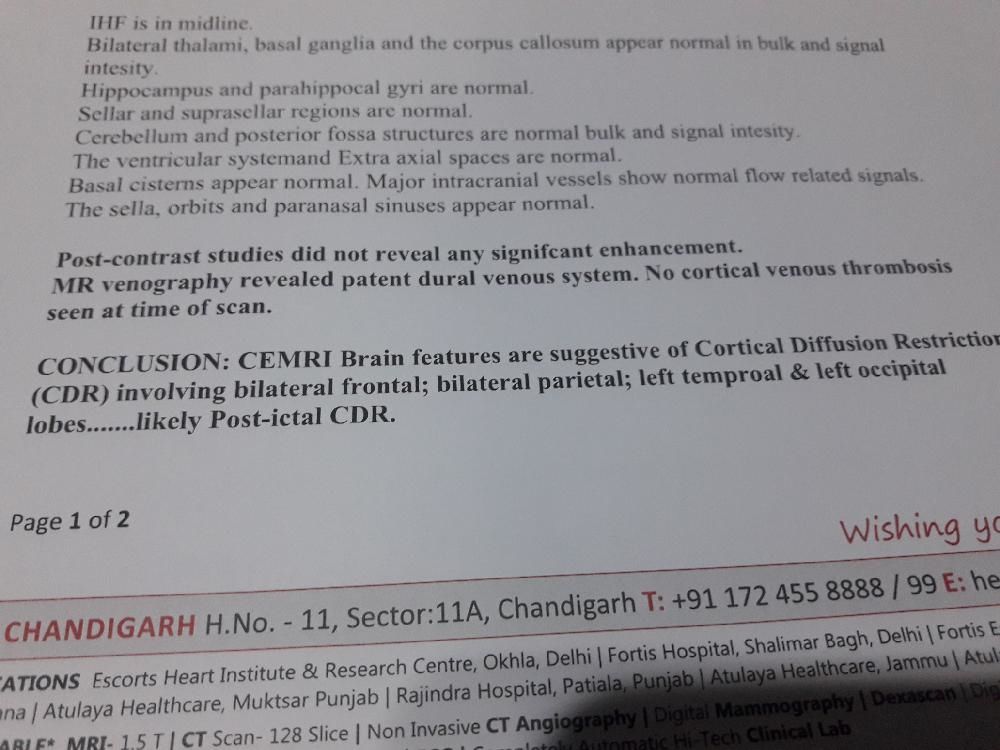 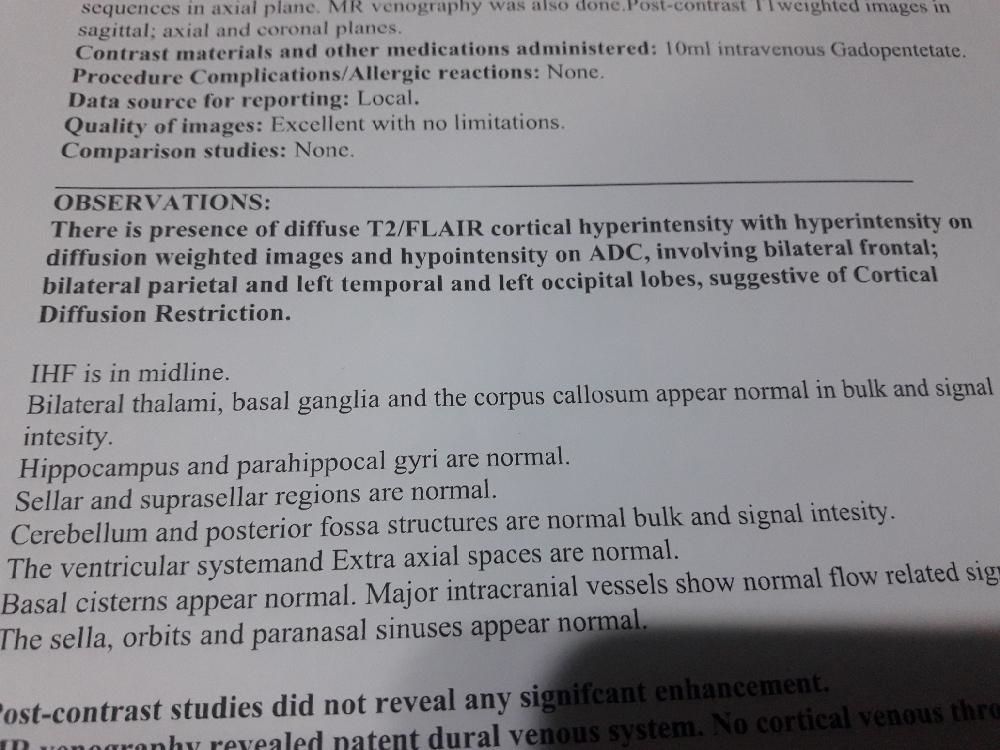 Chronic epilepsy Correct combination of drugs, that control seizures , can be arrived at only by patient and methodical trial of drugs . MRI of brain , EEG , are needed . Patient compliance should be assured. Triggers like flashes of light, loud noices, sleep deprivation, hypoglycemia , hot water head bath, should be looked for and avoided. Ketogenic diet, Vagus nerve stimulation by implanted stimulator, deep brain stimulation are options available for drug resistant cases