Severe Acute Respiratory Syndrome Coronavirus 2 (SARS-CoV-2) is a new virus recently isolated from humans. SARS-CoV-2 was discovered to be the pathogen responsible for a cluster of pneumonia cases associated with severe respiratory disease that occurred in December 2019 in China. This CXR scoring system is a simple five-point grading tool that was proposed in 2015, and it was designed for non-radiologist clinicians. The goal of this scoring system was to facilitate the clinical grading of CXR reports into five different severity categories in hospitalized patients with acute respiratory infection. Our CXR scoring system for COVID-19 pneumonia (which we named Brixia score) includes two steps of image analysis. In the first step, the lungs are divided into six zones on frontal chest projection Upper zones (A and D): above the inferior wall of the aortic arch Middle zones (B and E): below the inferior wall of the aortic arch and above the inferior wall of the right inferior pulmonary vein (i.e., the hilar structures) Lower zones (C and F): below the inferior wall of the right inferior pulmonary vein (i.e., the lung bases) In the second step, a score (from 0 to 3) is assigned to each zone based on the lung abnormalities detected on frontal chest projection as follows Score 0 no lung abnormalities Score 1 interstitial infiltrates Score 2 interstitial and alveolar infiltrates (interstitial predominance) Score 3 interstitial and alveolar infiltrates (alveolar predominance) All statistical analyses were performed using commercial software (MedCalc Statistical Software version 19, Ostend, Belgium). P-values of less than 0.05 were considered statistically significant. In conclusion, we consider this scoring tool to be very promising due to its ability to provide, in a very clear and straightforward way, relevant information for clinicians by enhancing the role of radiologists in this long and tiring battle against this new viral pneumonia. To read more- https://link.springer.com/article/10.1007%2Fs11547-020-01200-3 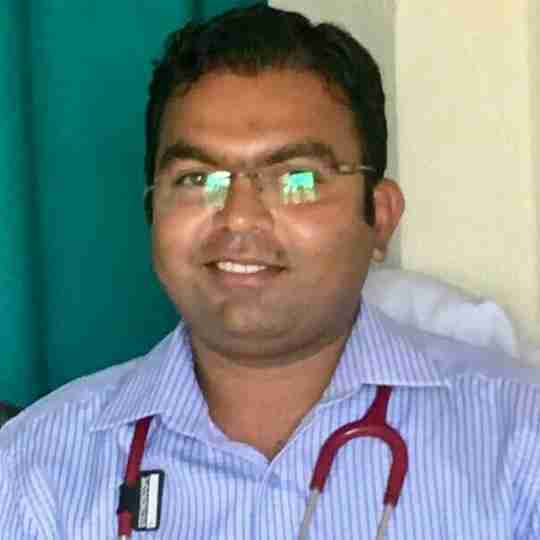 "Latest news about Covid19. It seems that the disease is being attacked worldwide. Thanks to autopsies performed by the Italians ... it has been shown that it is not pneumonia ... but it is: disseminated intravascular coagulation (thrombosis). Therefore, the way to fight it is with antibiotics, antivirals, anti-inflammatories and anticoagulants. The protocols are being changed here since noon! According to valuable information from Italian pathologists, ventilators and intensive care units were never needed. If this is true for all cases, we are about to resolve it earlier than expected. Important and new about Coranovirus: Around the world, COVID-19 is being attacked wrongly due to a serious pathophysiological diagnosis error. The impressive case of a Mexican family in the United States who claimed they were cured with a home remedy was documented: three 500 mg aspirins dissolved in lemon juice boiled with honey, taken hot. The next day they woke up as if nothing had happened to them! Well, the scientific information that follows proves they are right! This information was released by a medical researcher from Italy: Thanks to 50 autopsies performed on patients who died of COVID-19, Italian pathologists have discovered that IT IS NOT PNEUMONIA, strictly speaking, because the virus does not only kill pneumocytes of this type, but uses an inflammatory storm to create an endothelial vascular thrombosis. As in disseminated intravascular coagulation, the lung is the most affected because it is the most inflamed, but there is also a heart attack, stroke and many other thromboembolic diseases. In fact, the protocols left antiviral therapies useless and focused on anti-inflammatory and anti-clotting therapies. These therapies should be done immediately, even at home, in which the treatment of patients responds very well. The later performed less effective. In resuscitation, they are almost useless. If the Chinese had denounced it, they would have invested in home therapy, not intensive care! DISSEMINATED INTRAVASCULAR COAGULATION (THROMBOSIS): So, the way to fight it is with antibiotics, anti-inflammatories and anticoagulants. An Italian pathologist reports that the hospital in Bergamo did a total of 50 autopsies and one in Milan, 20, that is, the Italian series is the highest in the world, the Chinese did only 3, which seems to fully confirm the information. Previously, in a nutshell, the disease is determined by a disseminated intravascular coagulation triggered by the virus; therefore, it is not pneumonia but pulmonary thrombosis, a major diagnostic error. We doubled the number of resuscitation places in the ICU, with unnecessary exorbitant costs. In retrospect, we have to rethink those chest X-rays that were discussed a month ago and were given as interstitial pneumonia; in fact, it may be entirely consistent with disseminated intravascular coagulation. Treatment in ICUs is useless if thromboembolism is not resolved first. If we ventilate a lung where blood does not circulate, it is useless, in fact, nine (9) patients out of ten (10) die. Because the problem is cardiovascular, not respiratory. It is venous microthrombosis, not pneumonia, that determines mortality. Why thrombi are formed❓ Because inflammation, according to the literature, induces thrombosis through a complex but well-known pathophysiological mechanism. Unfortunately what the scientific literature said, especially Chinese, until mid-March was that anti-inflammatory drugs should not be used. Now, the therapy being used in Italy is with anti-inflammatories and antibiotics, as in influenza, and the number of hospitalized patients has been reduced. Many deaths, even in their 40s, had a history of fever for 10 to 15 days, which were not treated properly. The inflammation did a great deal of tissue damage and created ground for thrombus formation, because the main problem is not the virus, but the immune hyperreaction that destroys the cell where the virus is installed. In fact, patients with rheumatoid arthritis have never needed to be admitted to the ICU because they are on corticosteroid therapy, which is a great anti-inflammatory. This is the main reason why hospitalizations in Italy are decreasing and becoming a treatable disease at home. By treating her well at home, not only is hospitalization avoided, but also the risk of thrombosis. It was not easy to understand, because the signs of microembolism disappeared! With this important discovery, it is possible to return to normal life and open closed deals due to the quarantine, not immediately, but it is time to publish this data, so that the health authorities of each country make their respective analysis of this information and prevent further deaths. useless! The vaccine may come later. Now we can wait. In Italy, as of today, protocols are changing. According to valuable information from Italian pathologists, ventilators and intensive care units are not necessary. Therefore, we need to rethink investments to properly deal with this disease. Não há (Translation by automatic device). LET'S PUBLISH URGENTLY! " How much it has authentic reasoning, remains a question