Diabetic foot ulcer treatment: IWGDF Guideline The International Working Group on the Diabetic Foot (IWGDF) has issued an evidence-based guideline which lists out the principles of ulcer treatment. As per IWGDF, foot ulcers will heal in the majority of patients if the clinician bases treatment on the principles outlined. Patients with an ulcer deeper than the subcutaneous tissues may require intensive treatment and in some cases need to be hospitalised. Diabetic foot disease is a serious complication of diabetes mellitus and ulcers are a frequent occurrence. The propensity of ulcer formation is high in diabetes patients presenting with two or more risk factors, with diabetic peripheral neuropathy and peripheral artery disease usually playing a key role. Principles of ulcer treatment Pressure offloading and ulcer protection Offloading is the mainstay treatment for ulcers caused by increased biomechanical stress. Offloading is essential even when infection or ischemia is present, though extra care should be taken in such cases. Non-removable knee-high offloading device should be favoured for a neuropathic plantar ulcer. Non-removable knee-high offloading device may include a total contact cast (TCC) or removable walker rendered (by the provider fitting it) irremovable. Removable knee-high offloading device may be used in patients in whom non-removable form is contraindicated or not tolerated. Patients unable to use removable knee-high offloading device should be advised to use an ankle-high offloading device. Patients should be educated about the benefits of wearing the removable device and they should be advised to adhere to the same. When other forms of biomechanical relief are not accessible, felted foam can be considered; however, it should always be combined with suitable footwear. For non-plantar ulcers, use of removable ankle-high offloading device, footwear modifications, toe spacers, or orthoses is recommended after considering the type and location of the foot ulcer. Restoration of tissue perfusion The main purpose of revascularisation is to restore direct flow to at least one of the foot arteries, ideally the artery that supplies the anatomical region of the wound. Urgent vascular imaging and, revascularisation (if findings suggest it is appropriate) is recommended in patients with an ankle pressure <50mm Hg or an ankle brachial index or ABI <0.5. Revascularisation is suggested if the toe pressure is <30mmHg or transcutaneous pressure of oxygen or TcpO2 is <25 mmHg. Revascularisation at higher pressure levels may be considered in patients with extensive tissue loss or infection. Despite optimal management, if the ulcer fails to indicate signs of healing within 6 weeks, revascularisation should be considered, disregard of the findings of the vascular diagnostic tests. If contemplating a major (i.e., above the ankle) amputation, first consider the option of revascularisation. Revascularisation should be avoided in patients in whom the risk–benefit ratio for the probability of success is unfavourable. The selection of revascularisation technique should take into account both patient factors and local operator expertise. Patient factors to be considered include morphological distribution of peripheral artery disease (PAD), availability of autogenous vein and co-morbidities. The effectiveness a revascularisation procedure should be evaluated with an objective measurement of perfusion. Pharmacological treatments to improve perfusion lack beneficial effects. Efforts should be made to reduce cardiovascular risk by cessation of smoking, control of hypertension and dyslipidaemia and use of anti-platelet drugs. Treatment of infection Steps to be followed for the treatment of superficial ulcer with limited soft tissue (mild) infection :- Cleanse, debride all necrotic tissue and surrounding callus Start empiric oral antibiotic therapy targeted at Staphylococcus aureus and streptococci (unless there are reasons to consider other, or additional, likely pathogens) Steps to be followed for deep or extensive (potentially limb-threatening) infection (moderate or severe infection) :- Urgently evaluate for need for surgical intervention to remove necrotic tissue, including infected bone, release compartment pressure or drain abscesses Assess for PAD; if present consider urgent treatment, including revascularisation Initiate empiric, parenteral, broad-spectrum antibiotic therapy, aimed at common gram-positive and gram-negative bacteria, including obligate anaerobes Adjust (constrain and target, if possible) the antibiotic regimen based on both the clinical response to empirical therapy and culture and sensitivity results Metabolic control and treatment of co-morbidities Glycaemic control should be optimised. If required, insulin should be used for glycaemic control. Apart from optimal glycaemic control, conditions such as oedema or malnutrition (if found in the patient) should be treated. Local ulcer care Ulcers should be regularly checked by a trained health care provider. The frequency of check-ups will depend on the following aspects :- Severity of the ulcer and underlying pathology The presence of infection The amount of exudation Wound treatment provided Ulcer should be debrided. Surrounding callus should be removed, preferably with sharp surgical instruments, and repeated as required. Dressings should be used to control excess exudation and maintain a moist environment. Feet should not be soaked, as this may lead to skin maceration. Negative pressure should be considered to help heal post-operative wounds. In non-infected ulcers that fail to heal after 4-6 weeks despite optimal clinical care, one of the following adjunctive treatments is suggested: In neuro-ischemic ulcers (without severe ischemia) - A sucrose octasulfate impregnated dressing In ulcers with or without moderate ischemia - A multi-layered patch of autologous leucocytes, platelets and fibrin In ulcers with or without moderate ischemia - Placental membrane allografts In ischaemic ulcers that do not heal despite revascularisation - Systemic oxygen therapy as an adjunctive treatment The use of biologically active products (collagen, growth factors, bio- engineered tissue) in neuropathic ulcers and silver, or other antimicrobial agent, containing dressings or topical applications is not well-supported for routine ulcer management. Education for patient and relatives Patients and their relatives/carers should be educated on appropriate foot ulcer self-care. They should also be informed of how to recognise and report signs and symptoms of new or worsening infection (e.g., onset of fever, changes in local wound conditions, worsening hyperglycaemia). During periods of enforced bed rest, patients should be instructed on steps to prevent ulcer on the contra- lateral foot. 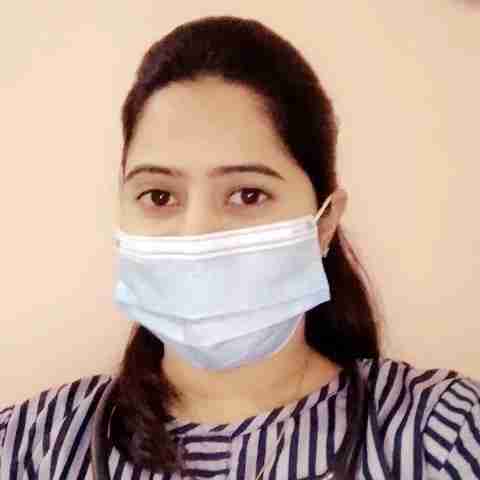