Today my topic is on #Cataract Disease #cloudy eyes #Eyes.Most of the peoples are worrying about this I will try to give solutions. What Is a Cataract? A cataract is a dense, cloudy area that forms in the lens of the eye. A cataract begins when proteins in the eye form clumps that prevent the lens from sending clear images to the retina. The retina works by converting the light that comes through the lens into signals. It sends the signals to the optic nerve, which carries them to the brain. It develops slowly and eventually interferes with your vision. You might end up with cataracts in both eyes, but they usually don’t form at the same time. Cataracts are common in older people. Consult Eye specialist Doctor for Diagnose. Symptoms of Cataracts Common symptoms of cataracts include: • blurry vision • trouble seeing at night • seeing colors as faded • increased sensitivity to glare • halos surrounding lights • double vision in the affected eye • a need for frequent changes in prescription glasses What Causes Cataracts? There are several underlying causes of cataracts. These include: • an overproduction of oxidants, which are oxygen molecules that have been chemically altered due to normal daily life • smoking • ultraviolet radiation • the long-term use of steroids and other medications • certain diseases, such as diabetes • trauma • Homoeopathic Remedy Options • Calcarea carbonica. This remedy may be indicated when a person developing cataracts has the feeling of looking through a mist. ... • Calcarea fluorica. This remedy is often indicated when tissues harden or thicken abnormally. ... • Causticum. ... • Silicea (also called Silica) ... • Natrum muriaticum. ... • Phosphorus. 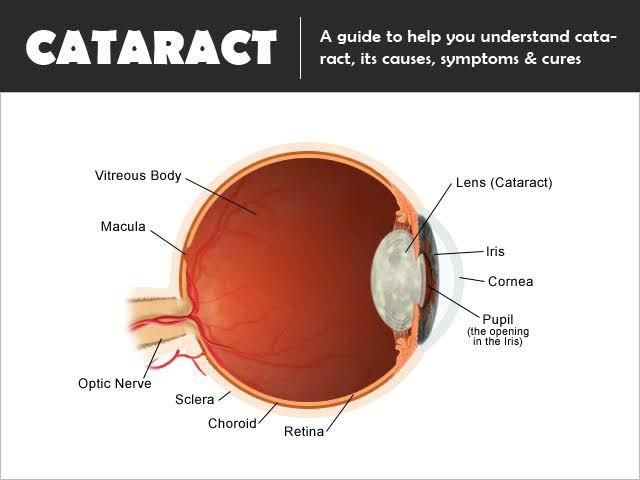