Today my topic is on #Epistaxis #Nose bleeding # Nose infection problem. Most of the peoples are worrying about this I will try to give solutions. The medical term for a #nosebleed is #epistaxis. Because of the position of the nose – right in the middle of the face – and its high density of blood vessels, most of us will have had at least one nosebleed at some time during our lives. Although seldom a cause for alarm, nosebleeds can be life-threatening in rare cases. Nosebleeds are most often caused by local trauma but can also be caused by foreign bodies, nasal or sinus infections, and prolonged inhalation of dry air. Tumors and vascular malformations are also potential causes of nosebleeds, but they are rare. Spontaneous nosebleeds are fairly common, especially in children. When the mucous membrane (a mucus-secreting tissue inside the nose) dries, crusts, or cracks and is then disturbed by nose-picking, it is likely to bleed. Because the nose is full of blood vessels, any minor injury to the face can cause the nose to bleed profusely. Nosebleeds are also common in people taking anticoagulants (blood-thinning medications, such as Aspirin), as well as in older people whose blood may take longer to clot. If the person taking anticoagulants, has hypertension (high blood pressure), or a blood-clotting disorder, the bleeding may be harder to stop and could last over 20 minutes. Fast facts on nosebleeds Here are some key points about nosebleeds. More detail and supporting information is in the main article. • nosebleeds are rarely a cause for concern • most people experience at least one nosebleed during their life • they are categorized as either anterior or posterior nosebleeds • climate and altitude can cause nosebleeds to occur • certain drugs can make nosebleeds last longer Homeopathic Treatment for Epistaxis Homeopathy is highly beneficial in removing the constant tendency of epistaxis in a person. For a complete cure, medicines aim at correcting the underlying cause that is leading to the nose bleed. Top grade medicines for the treatment for epistaxis are Hamamelis, Phosphorus, Arnica, Millifolium, and Carbo Veg. 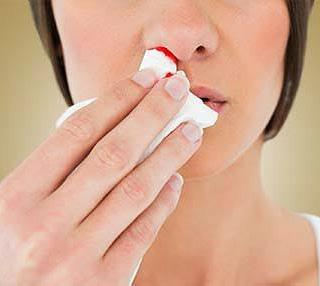 What is mission of physician ?COVID-19 Trends of the DayInsomnia treatment Stepwise management of acute and chronic otitis media?PCOD - best hormonal therapy? # 5th metatarsalA Case of Herpes Zoster treated with HomeopathyTop Homeopathic Remedies for StyeChest HeavinessHow to approach a case of polyarthritis?