A 55 year old male presented with complaints of excessive swelling over his both foots and has had fever from last few days Chief Complaints Fever last 4 to 5 days, but not on day of consultation, Swelling over his both foots extending to ankles and even add that swelling is happening in arms too He also adds that he had some urine infection few days back, but no symptoms as of now Vitals BP 100/60mmhg SPO2 98 PR 88/min Investigations HBV DNA - >170000000 TLC - 18K HB, MCV, MCHC low (mild) KFT - WNL S Birirubin - WNL SGOT, SGPT- Both were below 150 MP by RDT - Negative Urine RM - Normal USG W/A - WNL Management My concerns are - 1) Which variant of tenofovir like Tenofovir alafenamide or Tenofovir DF to use? And for how long? 2) He has had diuretics few days back prescribed by some other practitioner, which he stopped due to low BP after which his swelling increased. Is it wise to start him on Dytor Plus 5 or 10 mg once daily? 3) How about the rationale of adding him on UDCA 150mg twice daily? 4) After how much time of antivirals to repeat viral load for HBV ? 5) Which parenteral antibiotics would be safe for such kind of patient? I have started him on piptaz and levoflox for next 3 days. Kindly give your valuable opinion on this 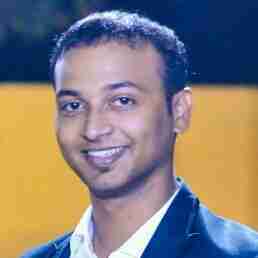 What is the albumin level? What is the level of SGOT/SGPT. This patient will require therapy for HBV. TAF/Entecavir can be given considering the age. Monitor with LFT every 3 weeks. Response to therapy can be assessed by 2-4 weeks but is not required. Can repeat after 6-12 months.

Serum Albumin is important test we need. Tenofovir ... any variant ... can be useful but recently TAF is having good data. Might need to give for longer time. UDCA might not be useful here.

Sir, as far as I remember S.Albumin was low in this patient, could u guide me sir how to supplement albumin on OPD basis?

i have managed a few hepatitis B cases successfully with a single drug - Liv. 52 HB given 2 BID. for 6 months and evaluation of shot and sgpt every 2 months and HBV DNA 6 months to see it negative. This is a Himalaya Product/