Three episodes of seizures with in two years in a 47 yr old female with out any childhood or family history of epilepsy Chief Complaints Presented with three episodes of generalized tonic clonic seizures. 1st episode was 3 yrs ago during sleep. The husband heard a loud sound during sleep and noticed rolling up of eye balls of his wife with stiffness of the limbs with tonic clonic movements lasted for 5 mts. She was unresponsive with frothing of mouth. He called the ambulance and was taken to Medical college casuality. Before arriving she became concious and asymptomatic. She received iv fluid and suggested CT brain but failed to do the investigation.2nd episode was after an year while attending a marriage function she became unconcious. 3rd was witnessed by the husband, exactly similar to the first ,about 3 days ago while watching some program in the TV.No post ictal head ache / vomiting / weakness. History No family history of seizures.No known medical or neurological illnesses. Vitals Stable. Bp120/ 80 mmhg . Afebrile. Physical Examination No external markers for a neurocutaneous syndrome. No focal neurological deficits. Investigations EEG- NORMAL. BASIC BLOOD WORK UP- NORMAL.MRI BRAIN FOR DISCUSSION. Diagnosis Very clear in the MRI brain Management Ref the case to Neurosurgeon for further management 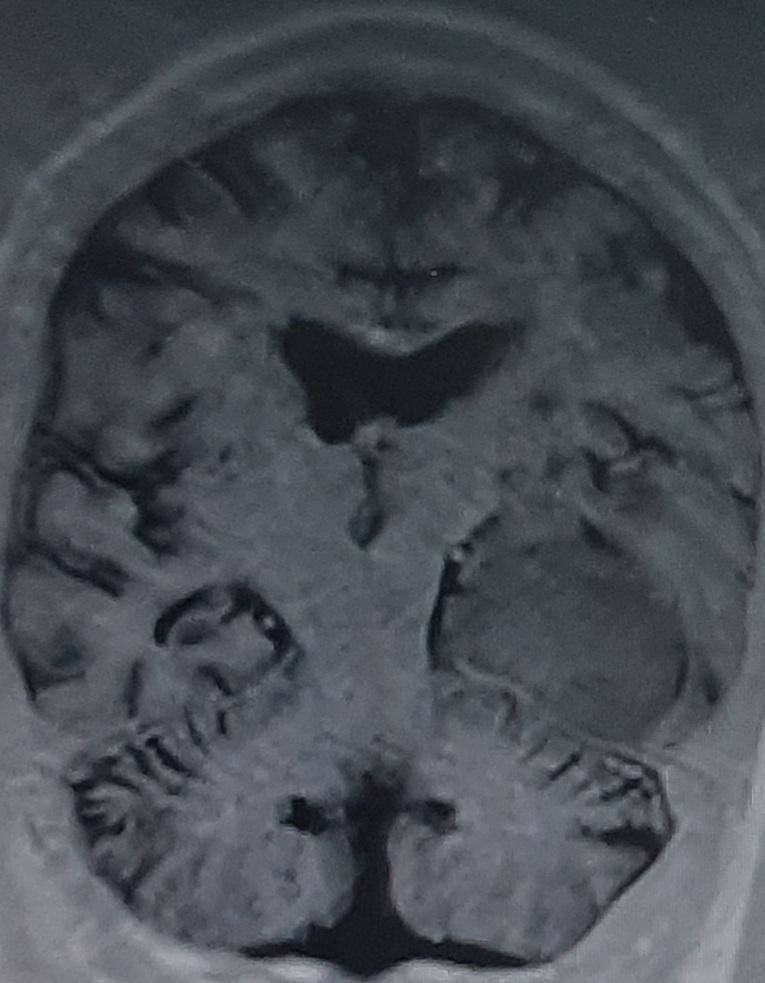 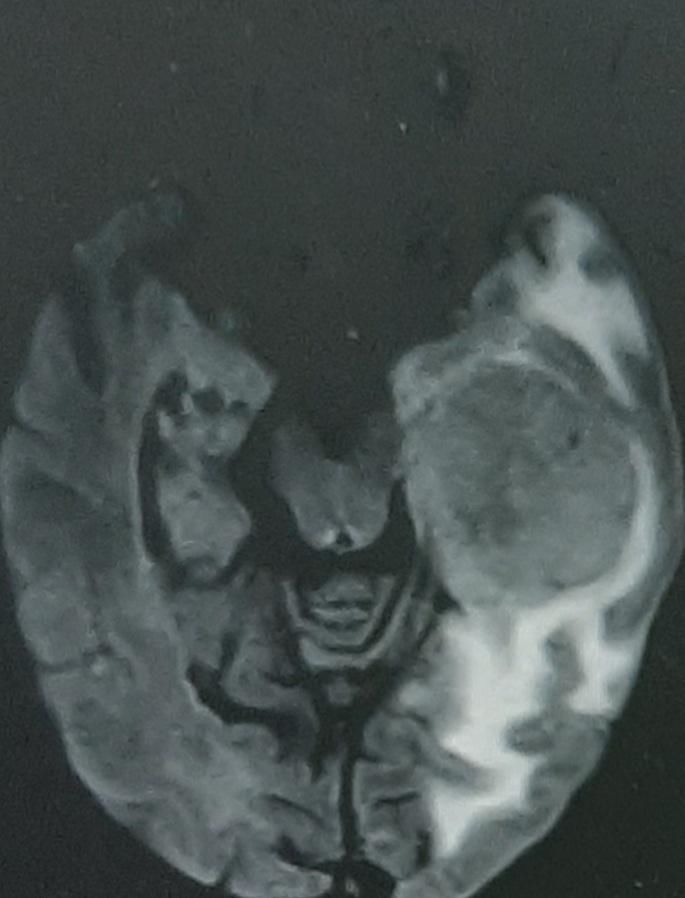 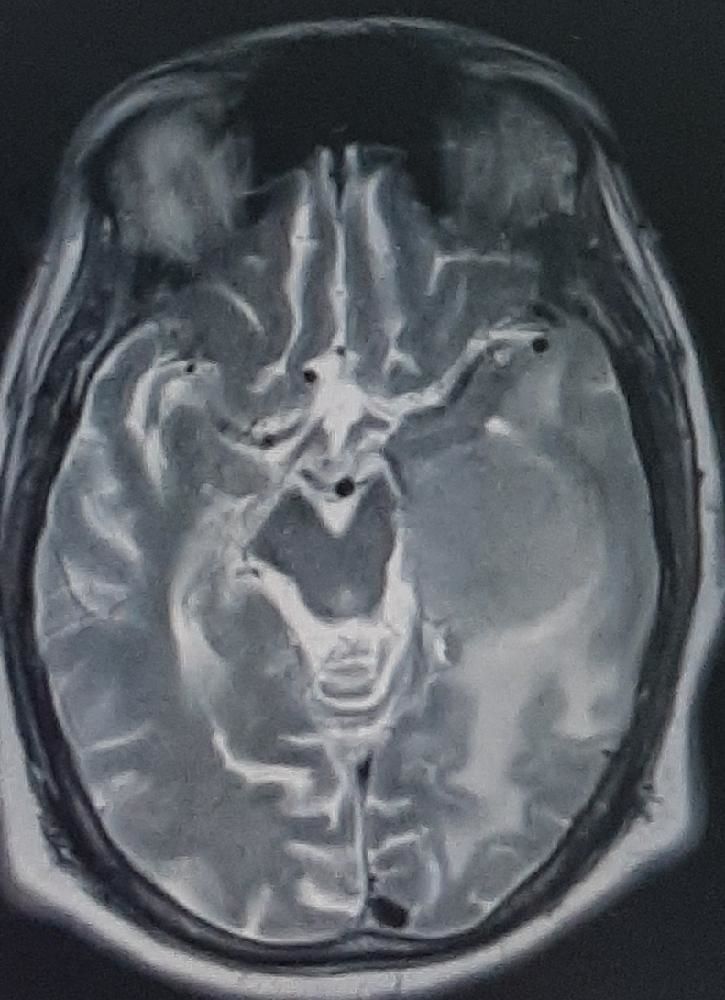 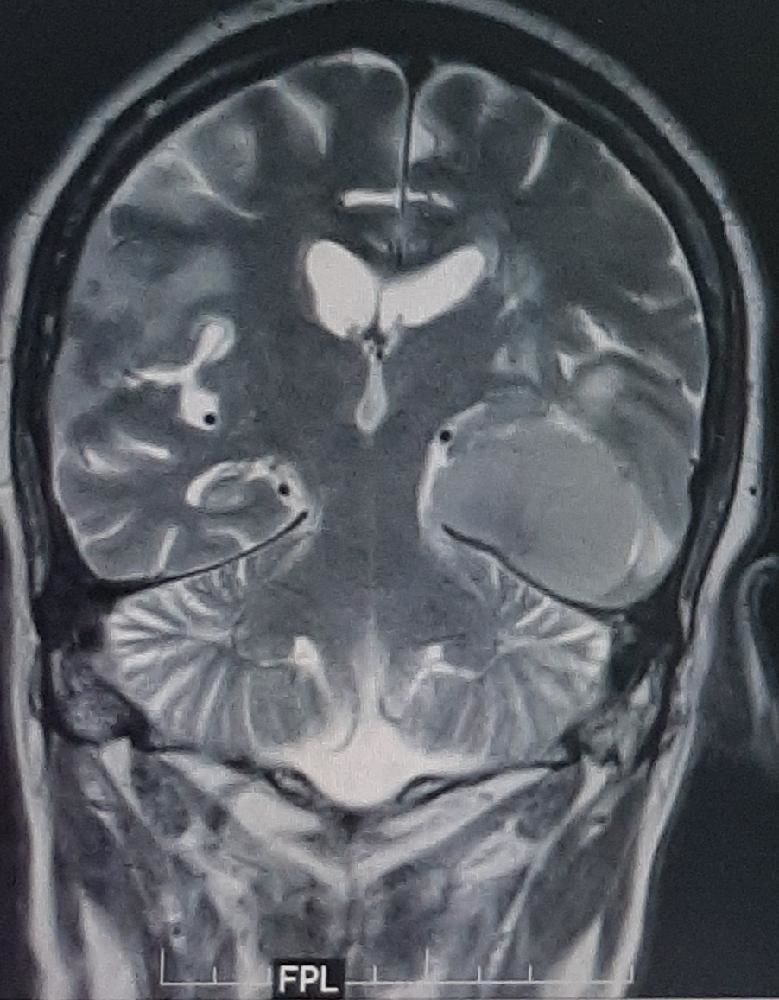 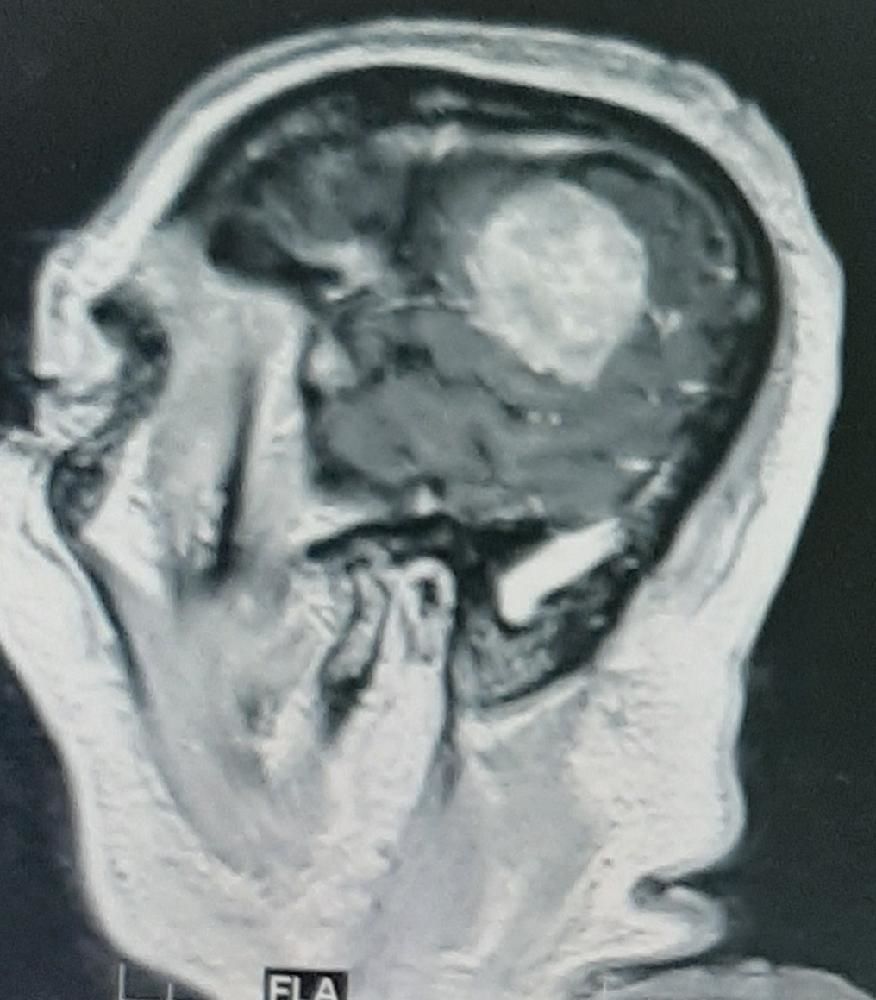 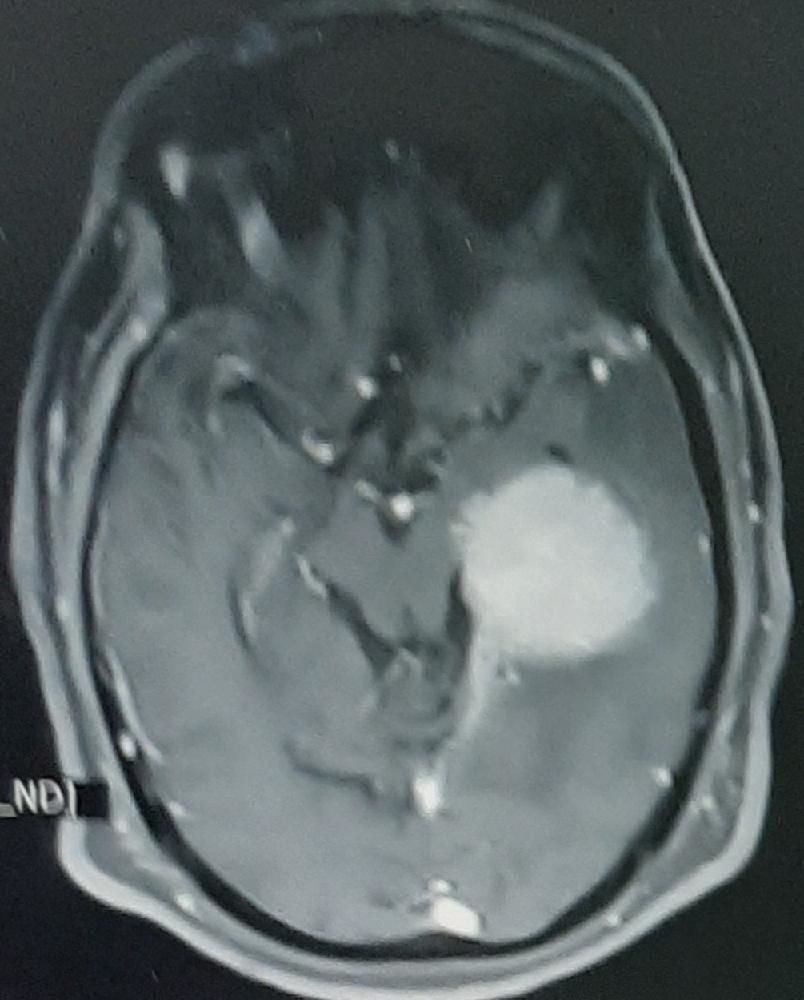 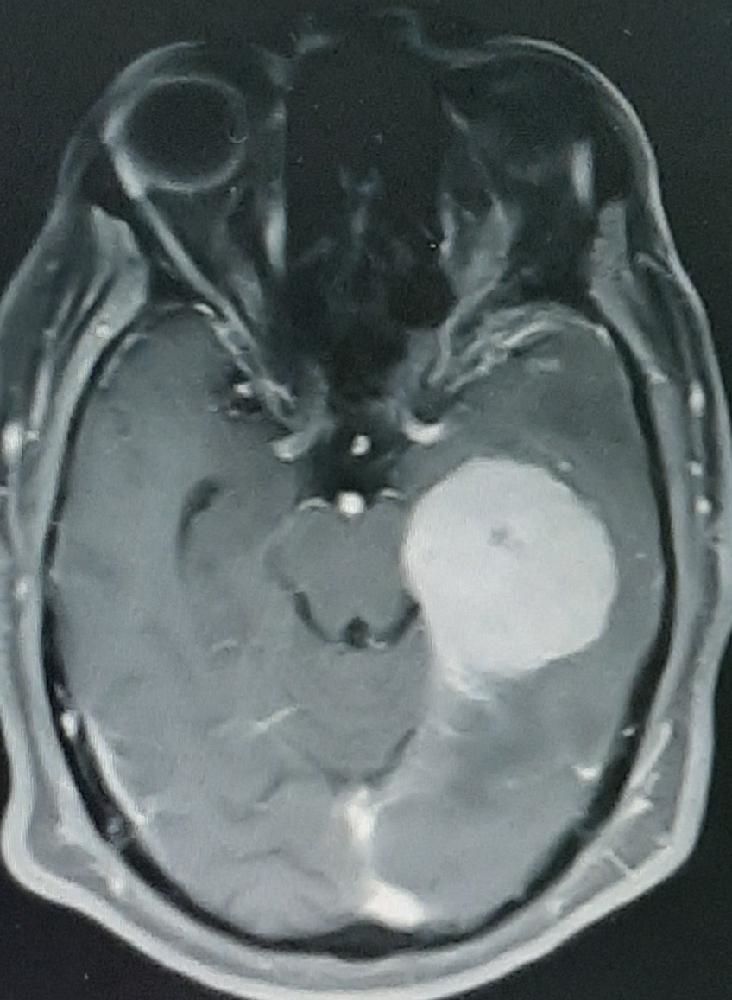 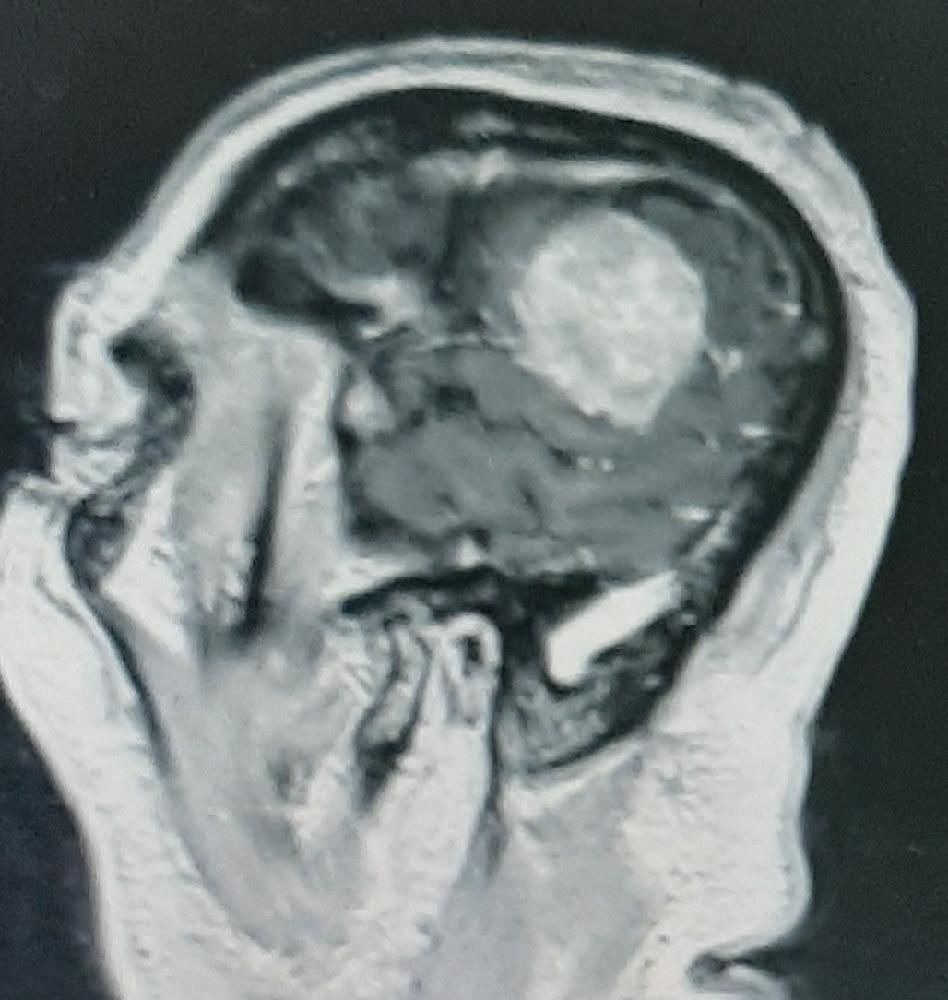 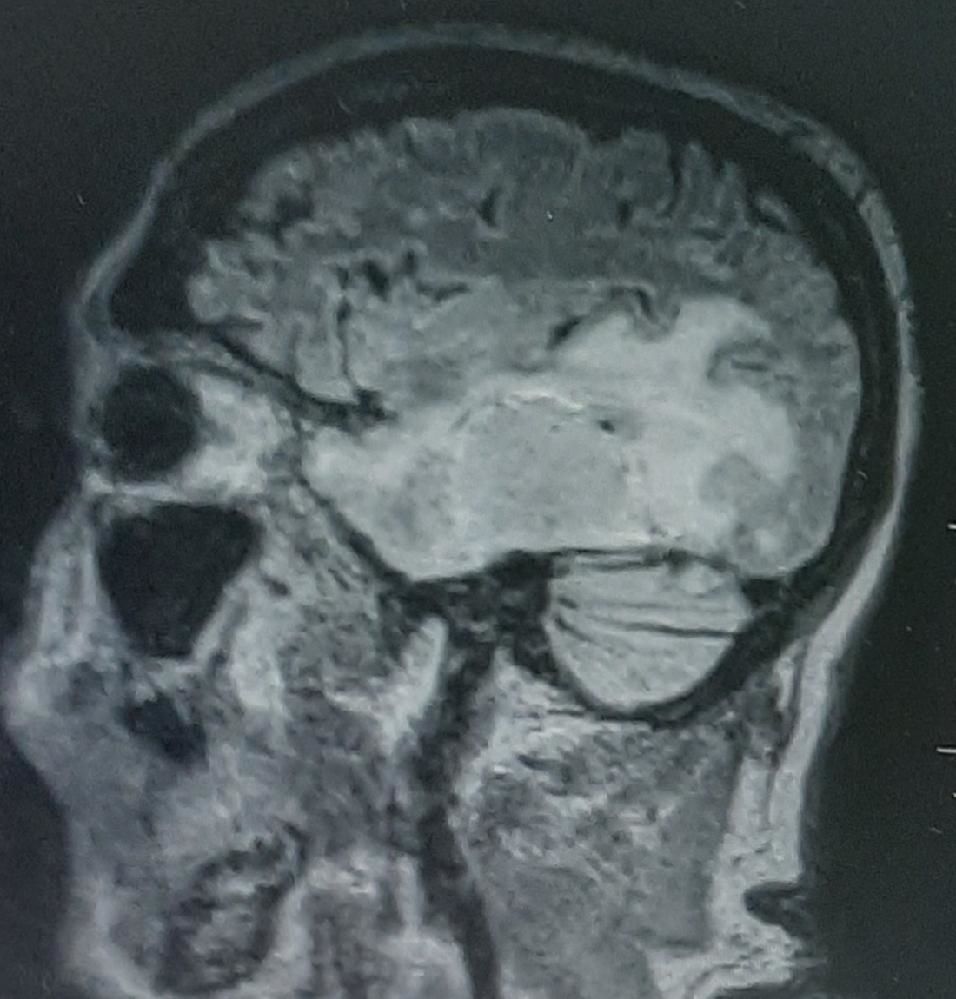 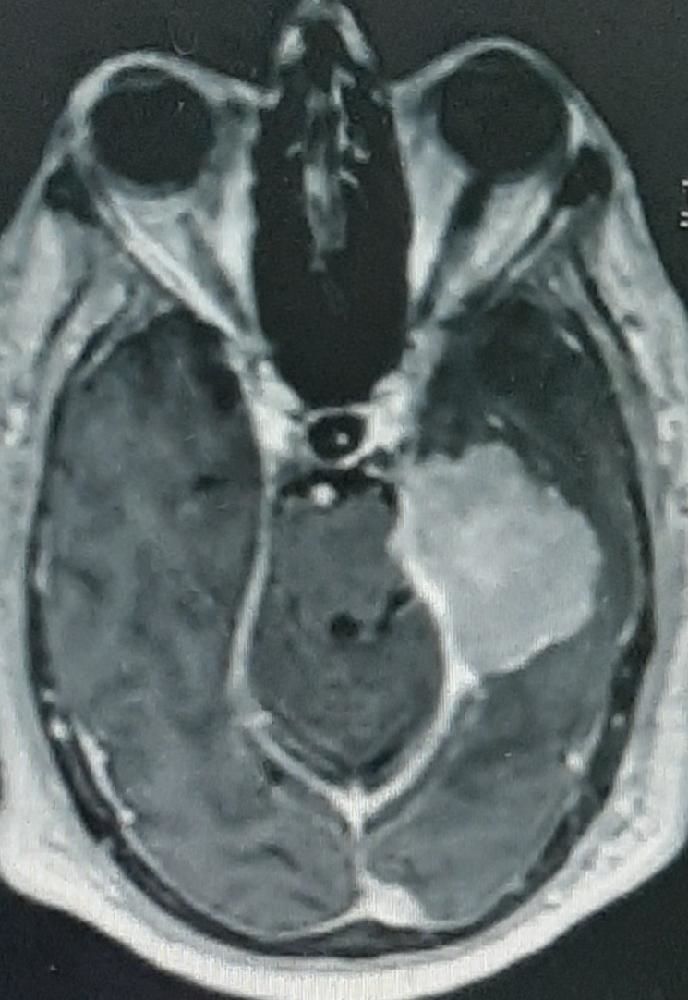 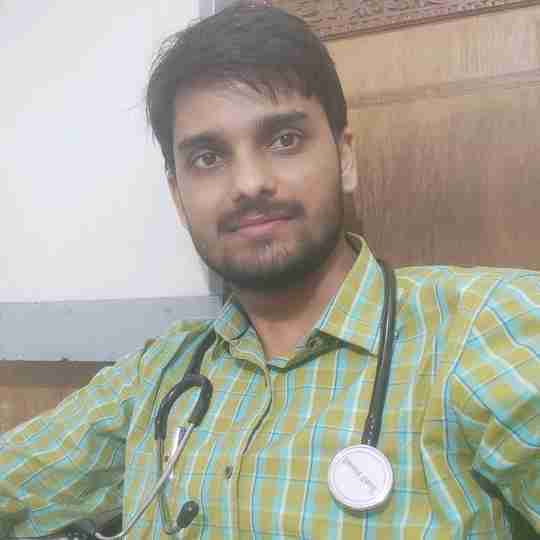