47 yr ,M,No known comorbidities developed one episode of unprovoked generalised seizure on 12th of july while at work at Dubai. Since 3 months he has been getting occassional bitemporal head ache ,non- throbbing in nature with out any nausia,vomiting,visual symptoms. No precipitating factors for head ache and after applying some balm he used to get relief of head ache.The head ache was not affected his work.Following the seizure he was taken to the hospital and CT brain was done reported as abnormal and was Suggest surgery at his home town. On exam ,vitals normal. BP120/ 80 mmhg.Normal Optic fundi Intact cranial nerves. Motor system gr5 / 5 power with normal DTRs with intact sensations. Gait was normal.Mri brain with contrast done .All routein blood work up including biochemistry did not reveal any abnormalities. What abnormality in the MRI?

A right frontal Space occupying lesion Considering ths site and appearance it looks like GLIOMA with significant perilesional oedema and compression of right temporal lobe ... A Neurosurgical opinion is needed as surgical excision is the only possible treatment. Meanwhile reduce oedema by steroids tab Dexamethasone 4 mg B.D Put on Levetiracetam 500 mg B.D And mentally prepare the patient for surgery 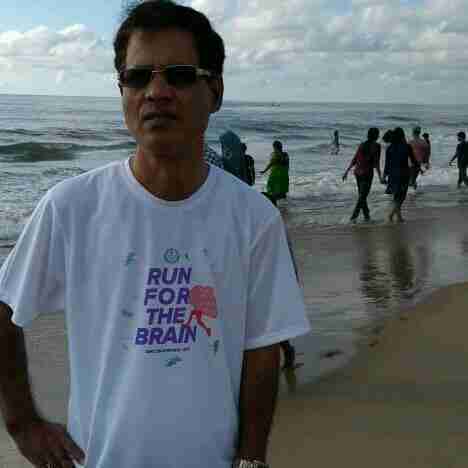 Find the cause for persistent cough Suggests Diagnosis and treatmentEarly onset osteoporosis like changesGingival swelling for 1 yearTreatment options for alopecia barbae?A 18 year female. Patient infection of liverCan a BPH medicine decrease the level of uric acid in blood...if a person 60yr old has done angChronic Urticaria with Coryza and Runny nose .What is this mass?This is an injury that definitely catches your eye! 👀