An 8 year òld male child was brought with complaints of non erruption of upper central incisor. Ño other complaint. Discuss.. 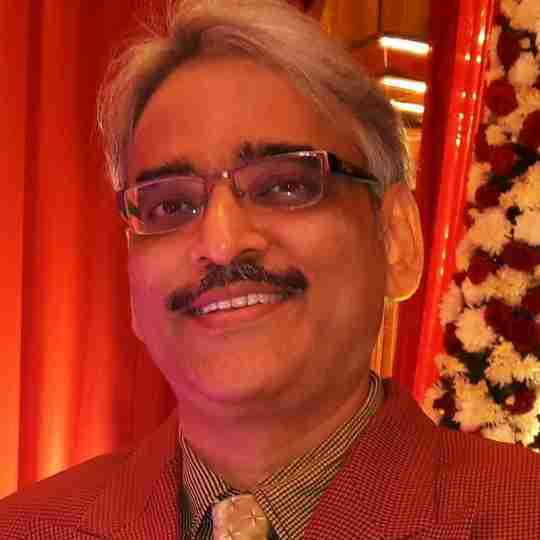 Its Normal....seen quite often. Please refer to Dentist for removal of thick operculum...teeth are just ready to come (blanching whiteness/ mameleon dents seen) but due to thickness of gums..it's blocked

OPG prefered as a protocol.

Fully agree with @Dr. Narayana S and @Dr. Manish Verma and thank you @Dr. Mohan Kundal for your beautiful photography, which speaking itself, such a clear picture. JUST TO ADD FEW WORDS : - as @Dr. Mohan Kundal said, Discuss.. Normally, once milk tooth is shed off, permanent adult tooth should erupt within 6 months. But if the interval exceeds beyond 12 months, it may be of importance in a child and the child should be evaluated by a DENTIST. Most dentists consider eruption DELAYED if it goes BEYOND 12 MONTHS from its average time of eruption. Delayed eruption can be identified if an affected tooth fails to move along the path that has been cleared for it and the normal time for eruption has crossed. Also, if the tooth is not present in the oral cavity and shows no potential for eruption; the completely formed root of unerupted tooth recognizes condition as late eruption of tooth. CAUSES OF DELAYED ERUPTION :- Delayed or failure of eruption can also occur including a range of MEDICAL CONDITIONS and GENETIC ALTERATIONS. Hindrances to tooth eruption can include BONE, UNFAVORABLE TONGUE POSITION, DIGIT SUCKING HABIT or OTHER TEETH. The OBSTRUCTION can also be important to the tooth in case if tooth joins to bone. This further result in ANKYLOSIS which then prevents further eruption of tooth. The MOST COMMON CAUSE of delayed eruption of the upper permanent front teeth is the PRESENCE OF SUPERNUMERARY OR EXTRA TOOTH. LOCAL CONDITIONS Which Can Cause Delayed Eruption Localized causes can be dilacerations i.e, DEFORMED ROOT, MALPOSITIONING of the tooth, CROWDING, CYSTS, ODONTOMA, or TRAUMA to the corresponding milk tooth. The MOST COMMON LOCAL CAUSE of delayed eruption is PHYSICAL OBSTRUCTION. These can occur as a result of SUPERNUMERARY TEETH, MUCOSAL BARRIER (AS IN THIS CASE ), and TUMORS. SUPERNUMERARY (extra tooth) tooth can cause tooth irregularity, displacement, rotation, failure of eruption, or even DELAYED ERUPTION of associated teeth. The most common supernumerary tooth is the mesiodens which is present between upper front teeth. Tuberculate type of supernumerary is more common in patients with delayed eruption. TUMORS have also been reported to be responsible for delayed eruption. Disturbances during tooth development for example, Regional ODONTODYSPLASIA, also called “GHOST TEETH,” can also lead to delayed eruption. Shapes of teeth are altered. Upper front teeth are most frequently involved. It can occur in either of the jaws and both milk and permanent teeth can be affected. SEVERE GINGIVITIS SWELLING can be a barrier to tooth eruption. Reasons for this could be HORMONAL OR HEREDITARY, VITAMIN C DEFICIENCY or DRUGS such as PHENYTOIN. INJURIES TO MILK TEETH have also been implicated as a cause of delayed eruption. Injured milk tooth might fuse with the bone and so this leads to it’s over retention and hence interferes with the eruption of permanent teeth. X-RAY RADIATION has also been shown to affect tooth eruption. NORMAL ERUPTION OF THE TOOTH USUALLY RESUMES ONCE THE OBSTRUCTION IS REMOVED. SYSTEMIC CONDITIONS Which Can Cause Delayed Eruption Delayed eruption is frequently reported in patients who are LACKING IN SOME ESSENTIAL NUTRIENT. It might influence the eruptive process of tooth. Besides entire body, ENDOCRINE GLAND DISTURBANCES also affect human teeth. HYPOTHYROIDISM, HYPOPITUITARISM, HYPOPARATHYROIDISM, and PSEUDOHYPOPARATHYROIDISM are the most common endocrine disorders associated with delayed tooth eruption. Endocrinal disturbances can cause medical delayed teeth eruption. In hypopituitarism or pituitary dwarfism, the eruption and shedding of the teeth are delayed along with growth of the body. The dental arch gets smaller than normal; it cannot accommodate all the teeth, thus irregularity of teeth develops. The roots of the teeth are also shorter than normal in dwarfism. It is also common in PRETERM BABIES with respect to the MILK TEETH. In VERY LOW BIRTH WEIGHT BABIES, maturation of PERMANENT TEETH DELAY. HIV PATIENTS also reported to have delayed eruption of teeth. Unerupted milk and permanent teeth were more common in Children with CEREBRAL PALSY. Some other systemic conditions such as ANEMIA, RENAL FAILURE, are also associated with delayed eruption and other abnormalities in dentofacial development.....

Thanks dr Saha for your words of appreciation. .. 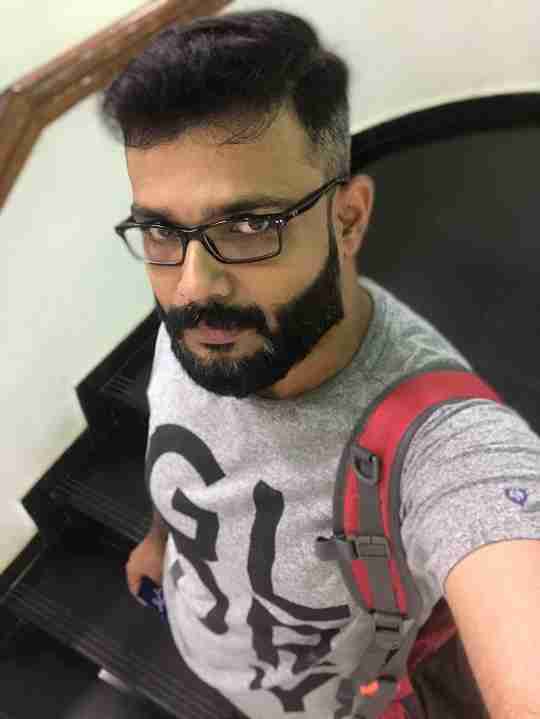 It's quite normal Doc , ask the patient to do normal teething process , ask him to bite raw vegetables and fruits in that region , educate the patients parent about normal teething process . This is mainly due to evaluation of food habits to refined carb as we are now all dependent mostly on soft foods . We or neither our children go for raw veg or hard food . Even as adults we don't know the exact way of having foods and it's uses . It's a Pitty . 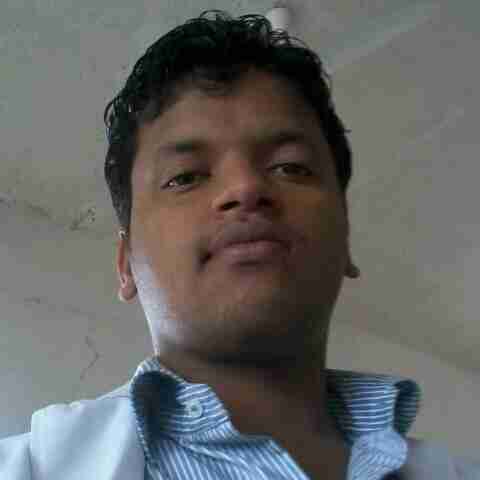 At first take iopa. If it is normal. Then Prescribed Cholecalciferol IP 60000 IU( sachet vitanova d3) with milk once in a week 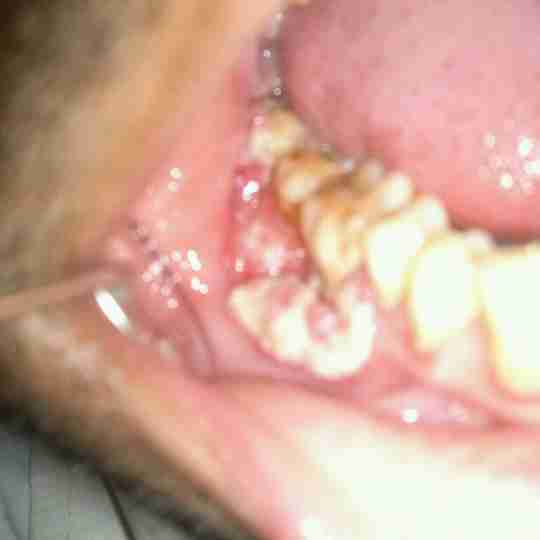 Surgical exposure by _ bp blade or electric cautery or laser 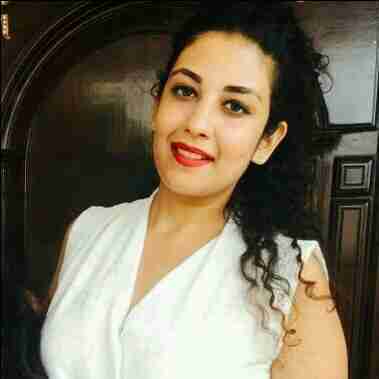 First and foremost doctor you ask fr an o.p.g to be done 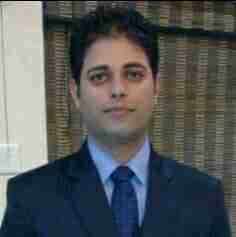 Look like teeth about to erupt... Wait n watch..

Exact age in yrs- months is neede as...text books allow 6months waiting...but it too delayed...eruption sequence will be altered.. Generally, a permanent tooth should erupt no later than 6 months after natural exfoliation of its predecessor, but a delay of up to 12 months may be just ok. 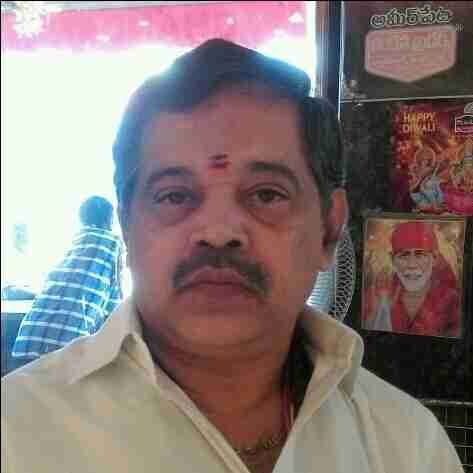 We have to light incision to the incisal edges of upper maxillary gingival ridge. So that the eruption of incisors r so easy to come out from the densely fibrous gingival ridge. Food habits will play a vital role in eruption of teeth. Children should take hard food rather than soft food then only it reflects on both the mandibular and maxillary arches. If we apply pressure on to mandibular and maxiallry arches the bone growth will be according to load of pressure only . The muscle hypertrophy and bone growth also interrelated . 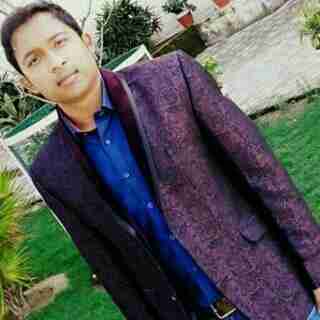 Look doctor - 1. Before any procedure go for IOPAR. 2.Treatment - A LITTLE INCISION ON THE BULGE . 3.if it is impacted then Go for some other procedure . 4. Ortho treatment .