Extreme case of hydrocephalus in a pediatric patient!!

Hydrocephalus is a pathology characterized by dilation of the cerebral ventricles, normally caused by the obstruction of the flow of cerebrospinal fluid (CSF), or by an imbalance between its production and absorption, in addition there is inflammatory response, neuronal damage and destruction of periventricular axons. Hydrocephalus is cataloged in two ways. Depending on the origin, it can be congenital or acquired; and in relation to the CSF flow, this pathology is classified as communicating (i.e. CSF can exit the ventricular system, but the fluid is not absorbed readily, or there is too much fluid to be absorbed) or non-communicating (i.e. CSF cannot exit the ventricular system, and thus there is obstruction to CSF absorption, resulting in an increased pressure inside the brain). Symptoms of hydrocephalus may include an unusually large head with thin, transparent scalp, bulging forehead with increased spaces between the bones of the skull (fontanelles), and a downward gaze. The most common congenital cause is the obstruction or narrowing (stenosis) of the cerebral aqueduct — the long, narrow passageway between the third and fourth ventricles of the brain. It can also be caused by infections, hemorrhage or a tumor. The condition is pretty rare and can be easily detected early in pregnancy by ultrasound which does not necessarily shows the obstruction but detects an abnormal collection of fluid. These kids are treated after birth by either inserting a shunt, small flexible plastic tube that diverts excess CSF from the brain to another part of the body where the fluid can be reabsorbed; or by an endoscopic ventriculostomy, where a small hole is made in the floor of the third ventricle, allowing the CSF to bypass the obstruction and flow toward other areas where reabsorption can happen. 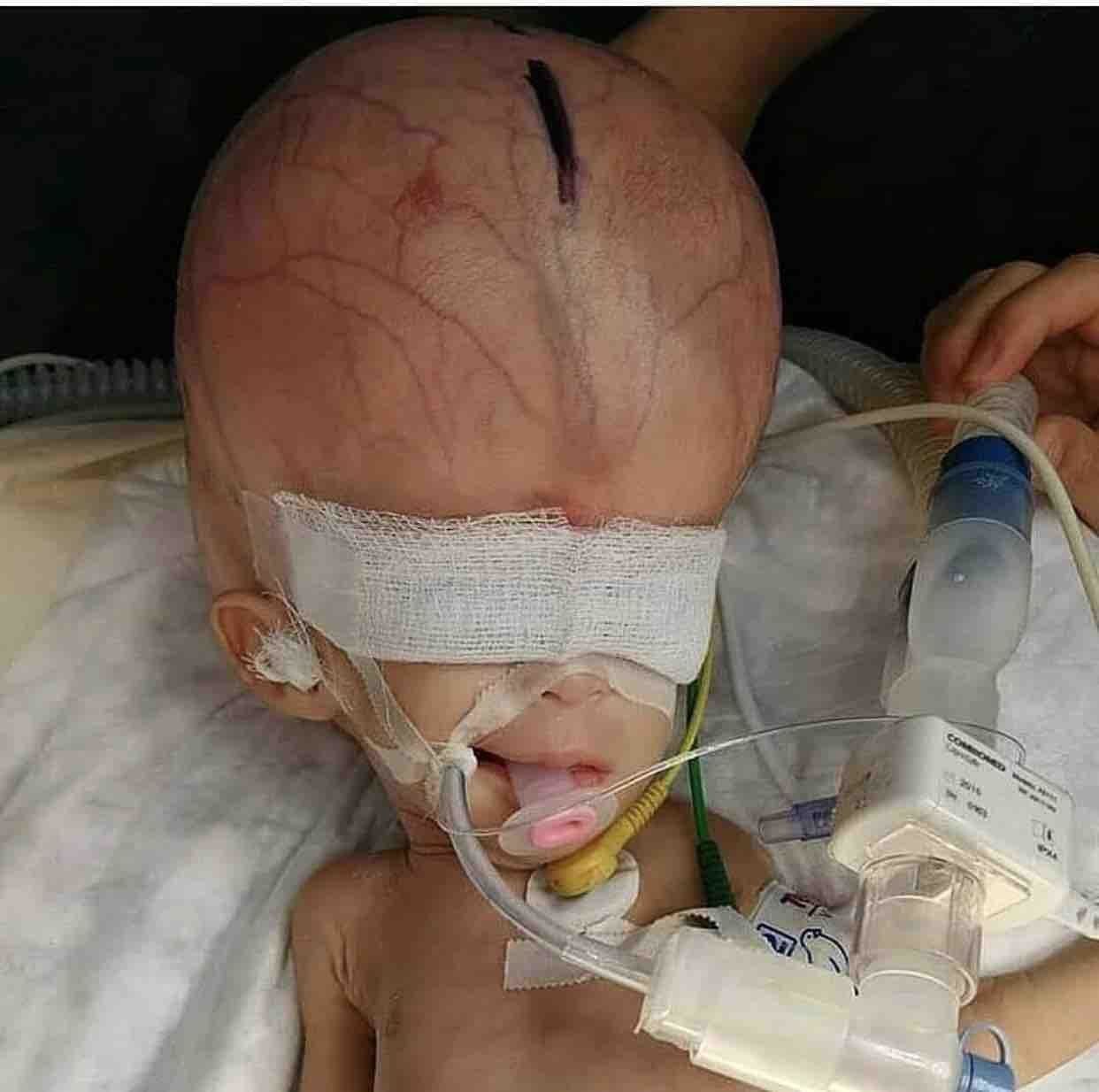 Fibroid uterusWhat is the diagnosis?Check Answer-Quick Brains62yrs female hypothyroid , with severe small joint pains of hand atrophy of left forearm muscles Nsaid use after covid vaccination updates plzCan u link oligomenorrhea, weight gain, joint aches and loss of hair in a 23 year old female??.. D1-D2 Junction growthCONTACT DERMATITIS.AS EXPLAINED BY MAM .COVISHIELD OR COVAXIN WITCH IS BETTER FOR A POST COVID PATENT AFTER 3 MONTHS?Tiny papules on back of the 11yrs old boy